When the MVP Launches His Mouthguard into the Crowd 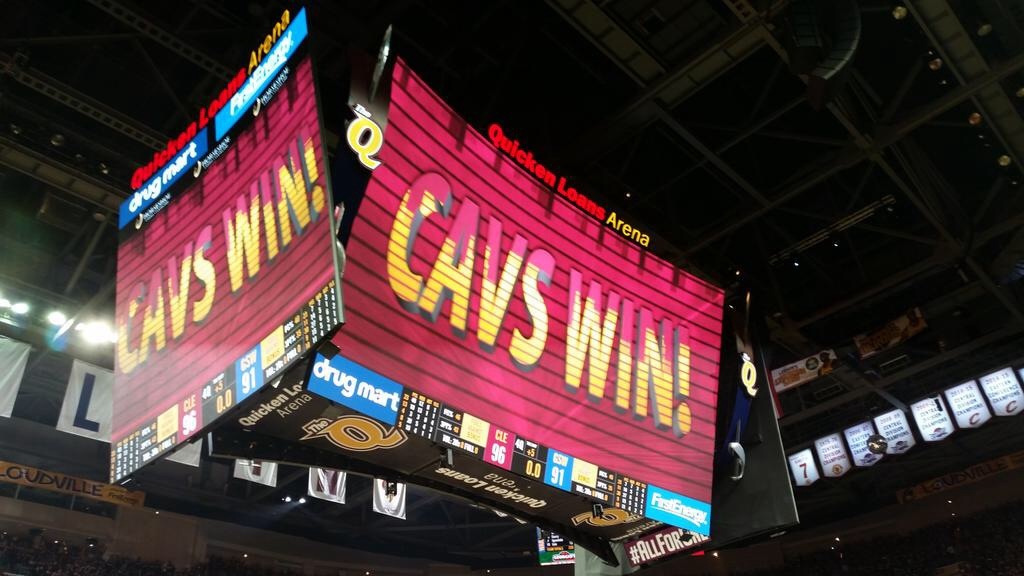 Last night, the Cleveland Cavaliers accomplished something few teams have done before…after trailing the Golden State Warriors 3-1 in the series, they have now forced a Game 7 for the NBA Finals. If they win on Sunday night, not only will they break the infamous Cleveland Curse, but they will be the only team to win after a 3-1 series deficit. As a lifelong Cleveland sports fanatic this would mean the world to me. Unfortunately, last night’s record-setting game was overshadowed by an act that took less than five seconds but shaped the last five minutes of the game: Steph Curry, in a fit of rage, threw his mouthguard at the fans.

That’s right, the league MVP spat out his mouthguard and threw it. This was a result of him being ejected from the game. The first ejection of his career. His moment of rage didn’t last long, and even though he almost immediately regretted his actions and apologized, it’s caused a ding to his reputation… not to mention the poor way his wife handled it on Twitter.

The incident has had me thinking about the possible repercussions if something similar had happened in the office. In your career, sometimes things don’t go the way you want. Even the best player or employee in the world can get frustrated, have a bad night and lose their cool.

Just like getting a tick tack foul that you feel you didn’t deserve which causes you to foul out of the biggest game of the year, things are going to happen to you during your career. Things like having a bad boss, a failed project, losing your work because you didn’t save, forgetting a deadline, etc. All things that could cause you to lose your cool. But, where does having a meltdown get you?  Did Steph Curry help his team by his out of character rant and launching his mouthpiece into the first row and hitting a fan?

Losing your cool, whether it’s on the court or in the office, is never the best solution. Having a reputation of someone who can’t control their emotions in a meeting is not one you want to have. While it can be important to display emotions because it shows engagement, you also don’t want to show rage.

The other side of this situation is how the boss handles it. The coach of Golden State Warriors Steve Kerr has sided with Curry by believing that Curry shouldn’t have received the fouls because he is the MVP of the league. He is protecting a player but he is also justifying the behavior.

In an office setting the boss would have handled it very differently. The boss should pull the employee aside and have a private conversation about why the incident happened, explain why it’s inappropriate, and outline what will happen if something similar occurs again. Often a rage incident in the office includes other employees, make sure that those employees feel comfortable moving forward. Work to smooth the waters and mend any fences. Having a positive work environment truly does improve results and work ethic.

While I truly hope that the Cavaliers win on Sunday night, I hope it is based on them outplaying the Warriors and not because of questionable calls. So, here’s to the Cavs!

Resume Misfires: Avoid These Misfires Sure to Sabotage ...

How to Handle a Senior Level Interview